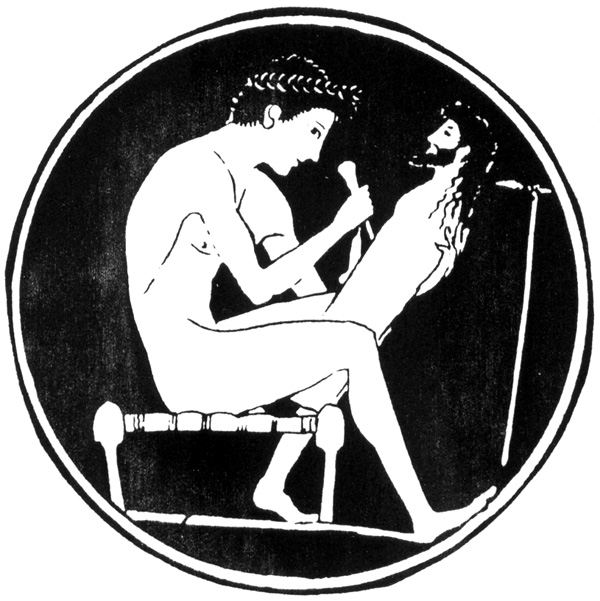 Some people within the Reformed world feel that the only way to validate faith is to denigrate reason. If philosophers can attain to a knowledge of divine things, then why do they need faith? There is a bit of intellectualism in that concept. Faith is an intellectual virtue, but faith does not occur apart from the desire of the will moving the mind toward God, and faith should not be separated from the virtues of hope and charity. In other words, the validity of faith, at least in one sense, is inherent within its own definition. Faith requires a repentant heart and an open mind. I think the Reformed argument would go this way if fully spelled out: “Our faith is a purely intellectual assent to theological propositions, the principal one being ‘God exists.’ Therefore if the Christian admits that the philosopher may have a knowledge of God, then our own ‘divine science’ will be merged into pagan ‘divine science.'”

Of course, I could respond to this Christian argument that a proper definition of natural knowledge and sacred knowledge would solve this problem, since this distinction leaves some knowledge of God to the philosopher by self-evident principles, but knowledge that God reveals about himself  in the first principles of faith is supernatural and only for the Christian to know. As true as the distinction between pagan theology and Christian theology is, that is not my point. I have noticed that those who denigrate reason by denying a knowledge of God to unbelievers or denying that unbelievers may be virtuous tend to treat faith as if it were mere understanding. Once the distinction between natural science and divine science, natural knowledge and supernatural knowledge, philosophy and theology, is done away with by denying the validity of the former, then the latter science must compensate for lack of natural tools by which to unify or explain itself. Theology makes up for the loss of philosophy by either making up its own rules and language, by subjecting the principles of theology to reason as a subordinate knowledge, or both. Granted, those who submit the principles of theology to reason as a subordinate knowledge do not always realize what they are doing. Yet, when nature is done violence, whether “nature” refers to the science of philosophy or the faculty of reason itself, faith is also done violence.

God converts our souls, he does not recreate them ex nihilo. Grace does not destroy nature but perfects it. Therefore, the function of reason in the natural man is not destroyed when the divine illumination of faith is given. Rather, that natural knowledge is perfected by the conversion of the whole person. The first principles of faith would be useless for the healing of man’s depraved nature if they were not accompanied by a change of the individual’s heart. Those principles would also be useless if they were not somewhat built upon the principles of natural knowledge. For example, the religious knowledge that informs me of Christ’s incarnation assumes that I know what the word “incarnation” means or that I know what it means to be born. And, in terms of the science of theology, the study of the nature of God assumes that one knows the meaning of essence, being, nature, attribute, and so on.

The “natural man” is that rare bird who is well schooled enough that he has actually taken time to think about the ultimate goal for the human race or a First Cause of the universe and come to the conclusion that there must be a God. If and when this person is converted to the Christian faith, he would not be asked to recant his former knowledge of an ultimate goal of humanity or a First Cause of the universe. Rather, he would be asked to “repent and believe.” This means he would have to turn from seeking after his own desires and the idea that his natural knowledge is sufficient for his own perfection.

Thus, those Reformed folks who denigrate natural knowledge implicitly adhere to a radical separation between nature and grace, faith and reason. This is often couched in terms of worldview. Nevertheless, this solid wall that many have erected between natural knowledge and religious knowledge often leaves the latter lacking in emotion – since desire itself is natural. Theology devoid of the insight of the natural mind becomes a list of propositions tightly organized into columns of rules that one must either adhere to or relinquish the faith. Confessions are also “reanimated” into a modern and robotic system of belief that is simple and practical for the new convert to the Reformed world. It does not come with all of the hang-ups of organs and tissue that one finds in the writings of Luther and Calvin. It does not move on its own or go places that we cannot predict. No, our confessions have no real value apart from the authority of the institutional church. It goes where we want it to go and jumps when we push its buttons. We are the Reformed faith, and it is what we say it is.

Within the Reformed world (in the South at least) there seems to be two main types of student: the first type is loyal to the denomination and presbytery and will never consider objecting to the confession at any point, and the second type reacts to what they perceive to be a strict intellectualism  by seeking to make everything practical – these are the ones who are evangelizing in the community every weekend. Sometimes the groups overlap, but not usually. What I have seen is a genuine lack of theological aesthetic that comes from a wise soul who takes the time, or perhaps can’t avoid gazing in wonder at things natural and divine and marvels at the deep mysteries waiting to be discovered in both realms. Instead, you find faculties warring between the Biblical Studies department and the Systematic Theology department. The former is usually a reaction against the Reformed Robotics mentality of the latter, yet to the opposite extreme.

This type of Reformed theology that I call Reformed Robotics is not confined to a single camp but comes from the generally Puritan mentality of “Church vs. world.” The distinction between philosophy and theology is not even a tertiary issue for most of us, but what really matters is the battle against “the liberals.” Lectures in the biblical studies department are centered upon textual issues contra Liberali, with almost no time devoted to the discussion of theological issues that practically leap out of the text. In fact, certain professors are masters at skipping every “difficult” text – theologically “difficult” not textually “difficult.” But, when your team only plays defense, the whole game is played by the movements and progressions of the other team.

When the beauty of natural knowledge and its contribution to theology are disdained out of fear, either that the faith will lose its value or that the liberals will take over the church, theology becomes a Robot devoid of desire-provoking beauty and mystery, and is then used as a defensive tool for the Reformed Magesterium. Unfortunately, when this happens most of the truly intellectual types within the church find residence elsewhere (Anglicanism, Methodism, Catholicism, etc.) and those intellects that remain tend to be mere intellects, preaching a theology that lacks real substance. A Quodlibetal of difficult issues would be counterproductive to the agenda.

Fortunately, this is not true of every Reformed person, though the exceptional sorts may be difficult to find; and it was not true for earlier generations, as I have attempted to demonstrate with this blog. The issue of the proper role of faith and reason is difficult and requires meditation for sure, but we should thrive on the difficult issues because extraordinary challenges generate extraordinary solutions. And, if grace perfects nature, then faith will supply answers for some of the errors and weaknesses of reason. But, when nature is seen as inherently evil, faith tends to take the place of reason and becomes a purely intellectual duty, and the science of Reformed Robotics is born.